Benefits to Payers and Patients from Parallel Trade

Researchers from the University of York elaborated in 2003 a paper on the benefits of parallel trade for patients and taxpayers. They estimated the direct savings for five countries (UK, Germany, Sweden, Netherlands and Denmark) in 2002 added up to €635 million. Evidence of competitive effects bringing prices of the medicines down in these countries was found, although indirect savings were not estimated in the paper. 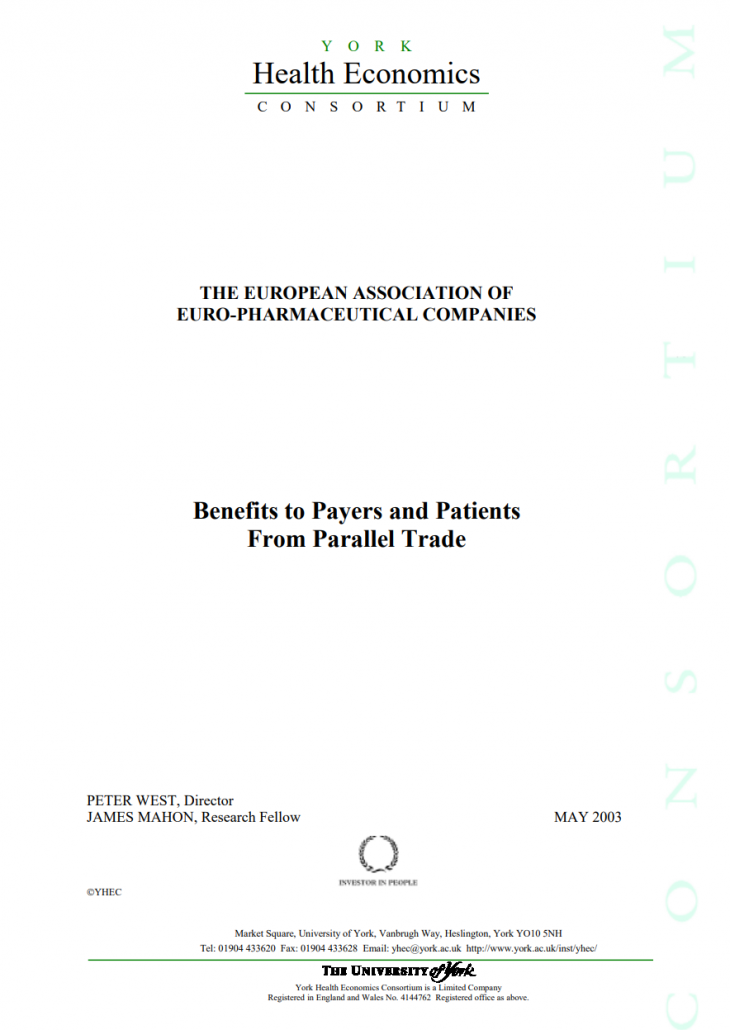 Why Parallel Imports May Rise Producers’ Profits
Scroll to top